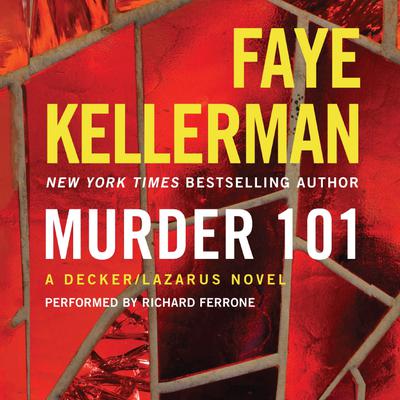 As a detective lieutenant with the LAPD, Peter Decker witnessed enough ugliness and chaos for a lifetime. Now he and his spirited wife, Rina Lazarus, are ready to enjoy the quiet beauty of upstate New York, where they can be closer to their four adult children, grandchildren, and their foster son, Gabe.

But working for the Greenbury Police Department isn't as fulfilling as Decker hoped. While Rina has adapted beautifully to their new surroundings, Decker is underwhelmed and frustrated by his new partner, Tyler McAdams, a former Harvard student and young buck with a bad attitude. Just when he thinks he's made a mistake, Decker is called to an actual crime—a possible break-in at the local cemetery.

The call seems like a false alarm until it's discovered that a mausoleum's stunning Tiffany panels have been replaced by forgeries. Soon the case escalates into murder: a co-ed at an exclusive consortium of liberal-arts colleges is brutally slaughtered. Poking into the hallowed halls of academia to find a killer, Decker and McAdams are drawn deep into a web of nasty secrets, cold-case crimes, international intrigue, and ruthless people who kill for sport.

Suddenly Decker's job is anything but boring, and the case might be too much to handle for a sleepy town that hasn't seen a murder for nearly a quarter century. Decker will need to use every bit of his keen mind, his thirty years of experience as a homicide cop, and much-appreciated help from family and old friends to stop a callous killer and uncover a cabal so bizarre that it defies logic. 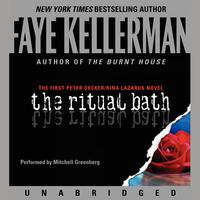 The crime was called in by Rina... Read More » 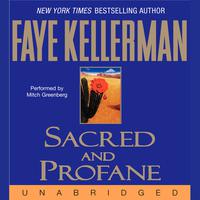 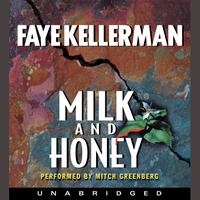 In the silent pre-dawn city hours -- alone with his thoughts about Rina Lazarus, the woman he loves, three thousand miles away in New York -- LAPD detective Peter Decker finds a small child, abandoned and covered in blood that is not hers. It is a sobering discovery, and a perplexing one, for nobody in the development where she was found steps... Read More » 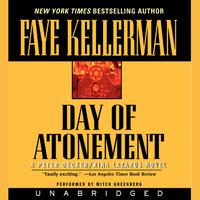 Peter Decker of the L.A.P.D. never dreamed he'd be spending his honeymoon with his new wife, Rina Lazarus, in an Orthodox Jewish enclave in Brooklyn, New York—or that a terrible event would end it so abruptly. But a boy has vanished from the midst of this close-knit religious community, a troubled youth fleeing the tight bonds and strictures he... Read More » 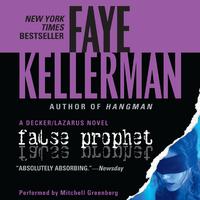 LAPD Detective Peter Decker doesn’t know quite what to make of Lilah Brecht. The beautiful, eccentric spa owner and daughter of a faded Hollywood legend, Lilah was beaten, robbed, and raped in her own home—and claims to have psychic powers that enable her to see even more devastating events looming on the horizon. With his heart and mind on his... Read More » 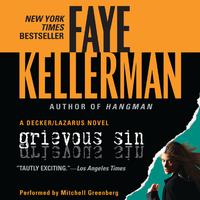 The birth of their baby girl has filled Rina Lazarus and her husband, LAPD Homicide Detective Peter Decker, with joy mingled with sorrow, since complications have ensured that they can have no more children. But the situation is grim at the hospital, which has been devastated by severe budget cutbacks and staff shortages. And when a respected... Read More » 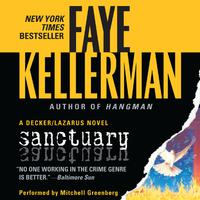 A diamond dealer and his entire family have mysteriously disappeared from their sprawling Las Angeles manor, leaving the estate undisturbed and their valuables untouched. Investigating detective Decker is stumped--faced with a perplexing case riddled with dead ends. Then a second dealer is found murdered in Manhatten, catapulting Decker and his... Read More » 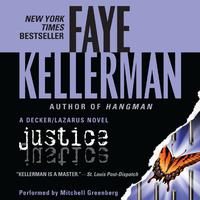 The cruel and bizarre slaying of a beautiful teen leads Detective Decker into the dark heart of an exoticsubculture: the seamy, sometimes violent world of Southern California's rootless, affluent youth. But even the confession of a disturbed kid with cold "killer eyes" cannot soothe Decker's inner torment. For he knows in his gut this crime goes... Read More » 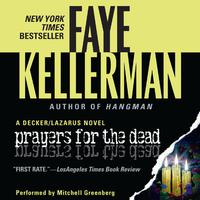 Why, for example, would the family of a man... Read More » 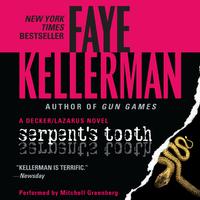 But, though eyewitnesses saw only the lone gunman -- who apparently took his... Read More » 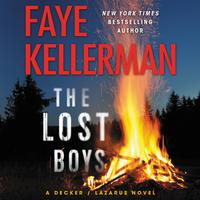 By: Faye Kellerman
Length:
Abridged: No 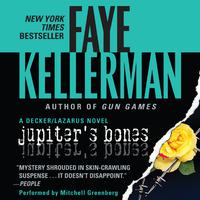 Once Dr. Emil Euler Ganz was a preeminent astrophysicist with a worldrenowned reputation. But then he vanished without any warning to his family or colleagues. Fifteen years later, he reappeared as "Father Jupiter," the founder and charismatic leader of the scientific cult, The Order of the Rings. And now he's dead--a vial of sleeping pills and... Read More » 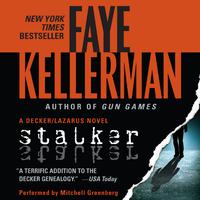 A first year rookie with the LAPD's Hollywood Division, Cynthia Decker became a cop against her father, Peter Decker's, wishes. But police work is in her blood, and she's determined to make it on her own -- even now,... Read More » 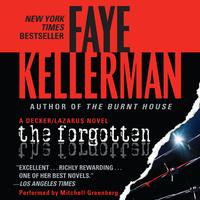 Rina Lazarus and her husband, LAPD Homicide Lieutenant Peter Decker, are shocked by an outrage that cuts close to the spiritual heart of their family. Rina's small storefront synagogue has been desecrated with anti-Semitic graffiti and grisly Nazi death camp photographs. The alleged perpetrator is seventeen-year-old Ernesto Golding, a "rich kid"... Read More » 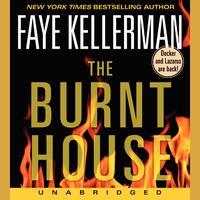 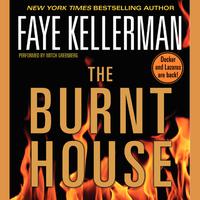 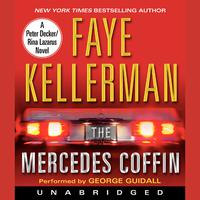 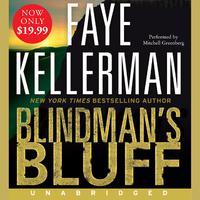 One of the popular couples in contemporary crime fiction, LAPD homicide detective Peter Decker and his wife Rina Lazarus are back in Blindman’s Bluff—and placed in harm’s... Read More » 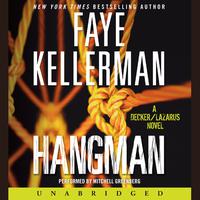 L.A.P.D. Homicide Detective Peter Decker and his wife Rina Lazarus are back on a case in Hangman—an electrifying new novel of suspense from Faye Kellerman, New York Times bestselling author of Blindman’s Bluff, The Mercedes Coffin, The Burnt House, and many other masterful thrillers. A... Read More » 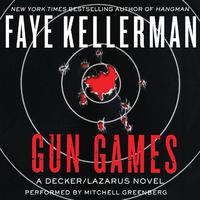 In Gun Games, the sensational Faye Kellerman once again showcases Peter Decker of the LAPD and Rina Lazarus, arguably the most popular husband... Read More » 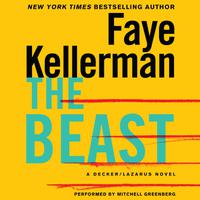 Throughout his years with the LAPD, Peter Decker has handled a number of tough cases and strange killers. But few of his previous assignments compare to his latest case. When Hobart Penny is found dead in his apartment, the cops think that his pet cat—an adult female tiger—attacked the reclusive elderly billionaire. But it soon becomes clear... Read More » 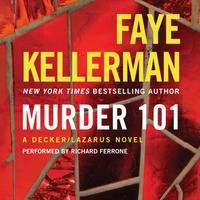 As a detective lieutenant with the LAPD, Peter Decker witnessed enough ugliness and chaos for a lifetime. Now he and his... Read More » 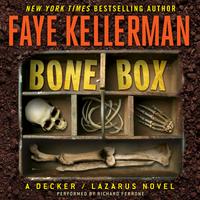