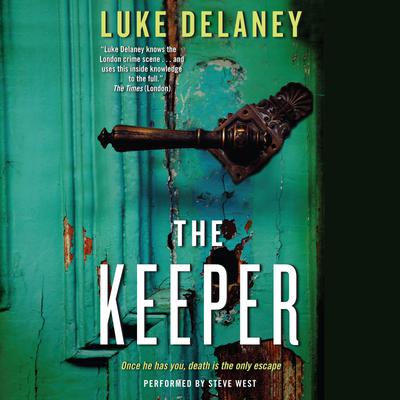 A damp, dark cellar holds two cages. And for the women behind the bars, their worst nightmares are about to come true . . .

When Louise Russell goes missing from her home, D.I. Sean Corrigan from South London's Murder Investigation Unit immediately senses foul play. For Corrigan's own dark childhood has given him the ability not only to recognize evil in those who prey upon the innocent, but also to see a crime scene from the eyes of the perpetrator.

Though Corrigan has no doubts that Louise was taken against her will, he believes she's still alive. But time is running out, especially when a body is found dumped in the woods—a woman who's a dead ringer for Louise. How long before Louise's captor gets tired of her and replaces her with another lookalike? How long before they find Louise's corpse next?

Now, in order to track a psychopath, Corrigan must place himself in the mind of a killer. For it is only there that the twisted secrets of a murderer lie.