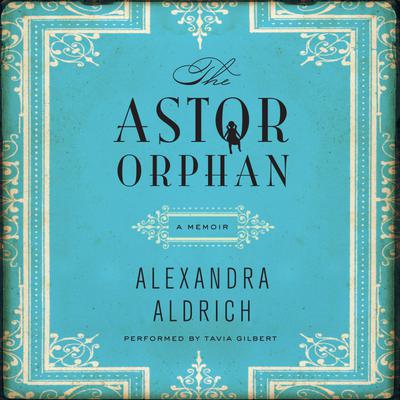 Alexandra Aldrich, a direct descendant of the famous Astor dynasty, grew up in the servants' quarters of Rokeby, the forty-three-room Hudson Valley mansion built by her ancestors. Her childhood was one of bohemian neglect and real privation. But it was fairly stable until the summer of her tenth year, when her father took up with an alluring interloper, Giselle.

Alexandra idolized her father, Rokeby's charismatic lord of misrule, who had attended elite private schools as a child but inherited only landed property, not money. To him, she says, "poverty was amusing, a delightful challenge." All of the family's resources—emotional and financial—went to the maintenance of the Astor house and legacy. If the family had sold the house and its 450 acres, they all would have been able to live comfortably. Instead, Alexandra and her parents lived precariously in the grand house, scavenging for the next meal. Her mother, an icy Polish artist, disguised her maternal indifference by extolling the virtues of independence. Relatives preyed on Alexandra's low status in the household. Once her father got involved with Giselle, Alexandra's only stalwart was her affectionate grandmother (whose great-great-grandfather, Nicholas Fish, was a close friend of Alexander Hamilton's and an executor of his estate). Grandma Claire held Alexandra's life together with family dinner parties, rides to violin lessons, and snacks after school. But as she grew progressively more debilitated by alcohol, she soon became too frail to provide a safe haven for her granddaughter.

Determined to impose order on her anarchic world and prove her worth, Alexandra awoke promptly at six thirty each morning, adhering to a strict personal regimen of exercise, grooming, and intensive violin practice. With money borrowed from the owner of the local gas station, she did the grocery shopping, occasionally setting aside four dollars to buy herself clean white socks. The betrayal of her father's flagrant affair, however, ignited a series of familial feuds that shook her hard-won stability and set her on a path toward escaping the Astor legacy.

Reaching back to the Gilded Age, when that legacy first began to come undone, Alexandra has written an unflinching, mordantly funny account of neglect and class anxiety amid the ruins of a once prominent family. More than an insider's look at a decaying American institution, The Astor Orphan is the debut of a thrilling new voice able to render the secret pains and glories of childhood afresh.