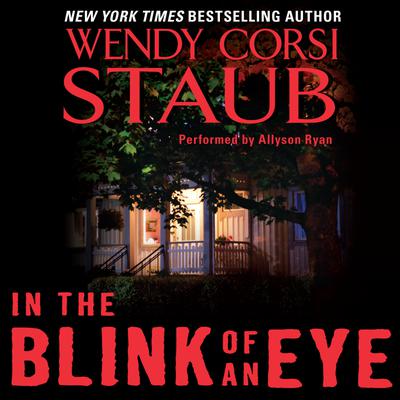 In the Blink of an Eye

Welcome to Lily Dale, New York . . . a sleepy summer resort, home to a population of psychics, and the place where Julia Garrity and Kristin Shuttleworth formed a fast friendship broken only by death.

Ten Summer Street is no ordinary house. It was there, fifteen years ago, that Kristin saw something on a Halloween night that would haunt her until the end of her days. Since then, Julia has watched both Kristin and her mother fall prey to whomever—or whatever—lurks there.

Now Kristin's blind six-year-old daughter, Dulcie, has come to live in Lily Dale—at Ten Summer Street. Appointing herself protector, Julia is determined to coax the secrets of the house out into the light, to discover what the little girl "sees" roaming its halls . . . before the murderous force residing there makes them both its next victims.