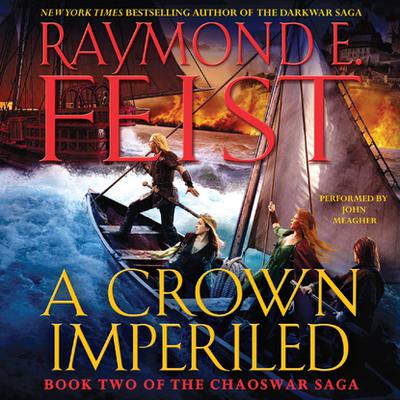 Book Two of the Chaoswar Saga

“Feist has a command of language and a natural talent for keeping the reader turning pages.”
—Chicago Sun-Times

The Chaoswar—the fifth and final Riftwar—is in full, explosive swing in Raymond E. Feist’s A Crown Imperiled, the second book in the acclaimed, New York Times bestselling fantasist’s  monumental saga of courage, conflict, and bitter consequence. Once again, Midkemia, the author’s brilliantly conceived fantasy milieu, is in gravest danger from outside invaders—and from treacherous forces within—as the death of a powerful leader throws the world into chaos and threatens all hope of enduring peace. Returning in A Crown Imperiled are some of Feist’s most memorable characters—including the great sorcerer, Pug, who has been a fan favorite since his introduction in the author’s beloved classic, Magician—and the action, as always, comes fast and furious. The Chaoswar Saga is the master fantasist working at the peak of his powers, and further proof why Raymond E. Feist, like Terry Goodkind, George R. R. Martin, and Terry Brooks, is one of the true giants of epic fantasy fiction. 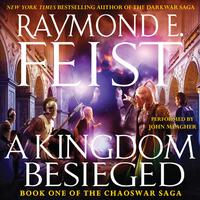 “Feist has the universe firmly under his control.”
—Contra Costa Times

“Feist has a natural talent for keeping the reader turning pages.”
—Chicago-Sun Times 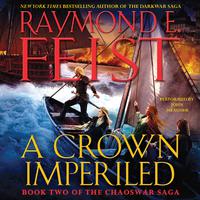 “Feist has a command of language and a natural talent for keeping the reader turning pages.”
—Chicago Sun-Times 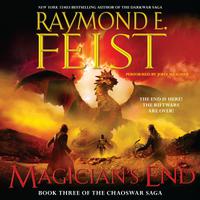 Thirty years ago, Feist's first novel, Magician, introduced us to an orphan boy named Pug, who rises from slavery to become a Master Magician, and to Midkemia and the... Read More »