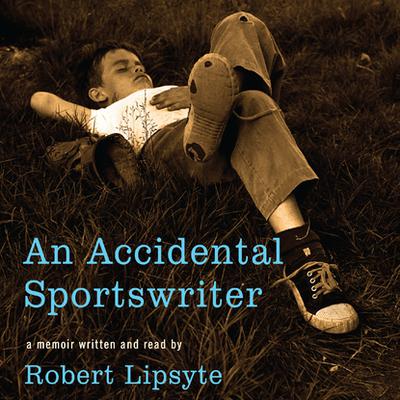 Growing up, Robert Lipsyte was the smart-aleck fat kid, the bully magnet who went to the library instead of the ballpark. As the perpetual outsider, even into adulthood, Lipsyte's alienation from Jock Culture made him a rarity in the press box: the sportswriter who wasn't a sports fan. This feeling of otherness has colored Lipsyte's sports writing for fifty years, much of it spent as a columnist for the New York Times. He didn't follow particular athletes or teams; he wasn't awed by the access afforded by his press pass or his familiarity with the players in the locker room. Between bouts at the Times, he launched a successful career writing young adult fiction, often about sports.

The experience and insight he earned over a half century infuse An Accidental Sportswriter. Going beyond the usual memoir, Lipsyte has written "a memory loop, a circular search for lost or forgotten pieces in the puzzle of a life." In telling his own story, he grapples with American sports and society—from Mickey Mantle to Bill Simmons—arguing that Jock Culture has seeped into our business, politics, and family life, and its definitions have become the standard to measure value. Full of wisdom and an understanding of American sports that contextualizes rather than celebrates athletes, An Accidental Sportswriter is the crowning achievement of a rich career and a book that will speak to us for years to come.