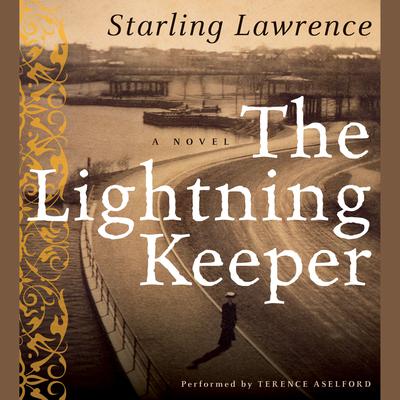 The Lightning Keeper is a sweeping, epic novel of ambition, love, and enterprise in America. It is the story of an unlikely Romeo and Juliet romance at the dawn of the electric age, with the nation balancing on the brink of world war and a scientific revolution.

In 1914, Toma Pekocevic is a penniless immigrant in New York, recently escaped from the bloody politics of the Balkans that have claimed most of his family. He is also a gifted inventor who designs a revolutionary water turbine while working with Harriet Bigelow, scion of a proud Connecticut iron-making dynasty now fallen on hard times. Their attraction is immediate and overwhelming, but every circumstance is against them.

Toma is eventually drawn inside the industrial empire of General Electric, his machine an essential cog in its grand scheme to provide electricity to the entire country. His invention is all he has after losing Harriet to a wealthy politician, but Toma is determined to win her back, setting the stage for a confrontation that could change not only his life but the course of scientific progress.

Deeply evocative and utterly engrossing, The Lightning Keeper is a rich tapestry of technology, romance, and war -- an unforgettable and distinctly American saga that establishes Starling Lawrence as one of the most talented writers at work today.