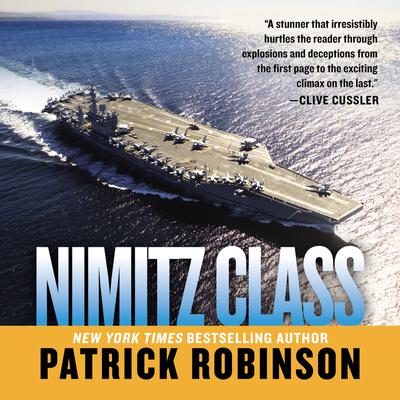 It's as big as the Empire State Building, a massive floating fortress at the throbbing heart of a U.S. Navy Carrier Battle Group. It's a Nimitz-class nuclear carrier, the most powerful weapons system on the planet. Nothing can touch it.

So when the first stunned messages say only that the Thomas Jefferson has disappeared, the Navy reacts with disbelief. But the truth becomes inescapable: a Nimitz-class carrier has been claimed by nuclear catastrophe-no other explanation is possible.

But as Navy maverick Bill Baldridge begins to investigate the disaster that claimed his idolized brother's life, another chilling alternative begins to emerge: a rogue submarine. Suddenly it's up to Bill Baldridge to track down this shadowy nuclear terrorist, who still has another nuclear-tipped torpedo in his arsenal.

"An absolutely marvelous thriller, one of the best things of its kind I have read in years. I don't need to urge people to read it, because they will do so by the millions."
-- Jack Higgins