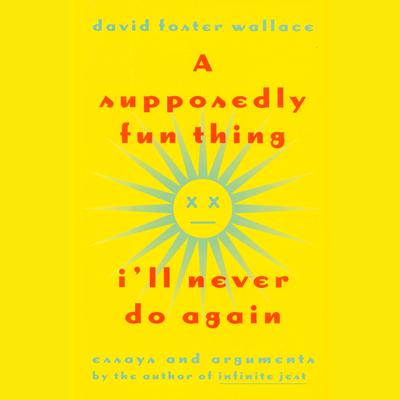 In this Bookstore Day 2017 audiobook exclusive, David Foster Wallace takes listeners on a 4-hour cruise in the Caribbean that is memorable for its wit and keen observations about the cruising industry.

A Supposedly Fun Thing I'll Never Do Again, supposed fun of traveling aboard a Caribbean luxury cruise-liner, is the featured essay in David Foster Wallace's collection of seven pieces on subjects ranging from television to tennis, from the Illinois State Fair to the films of David Lynch, to postmodern literary theory. You can get the full collection of essays here. 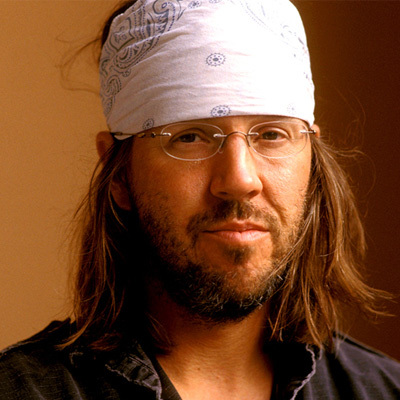 David Foster Wallace was born in Ithaca, New York, in 1962 and raised in Illinois, where he was a regionally ranked junior tennis player. He received bachelor of arts degrees in philosophy and English from Amherst College and wrote what would become his first novel, The Broom of the System, as his senior English thesis. He received a masters of fine arts from University of Arizona in 1987 and briefly pursued graduate work in philosophy at Harvard University. His second novel, Infinite Jest, was published in 1996. Wallace taught creative writing at Emerson College, Illinois State University, and Pomona College, and published the story collections Girl with Curious Hair, Brief Interviews with Hideous Men, Oblivion, the essay collections A Supposedly Fun Thing I'll Never Do Again, and Consider the Lobster. He was awarded the MacArthur Fellowship, a Lannan Literary Award, and a Whiting Writers' Award, and was appointed to the Usage Panel for The American Heritage Dictionary of the English Language. He died in 2008. His last novel, The Pale King, was published in 2011.

“Mr. Wallace's distinctive and infectious style, an acrobatic cart-wheeling between high intellectual discourse and vernacular insouciance, makes him tremendously entertaining to read, whatever his subject.”